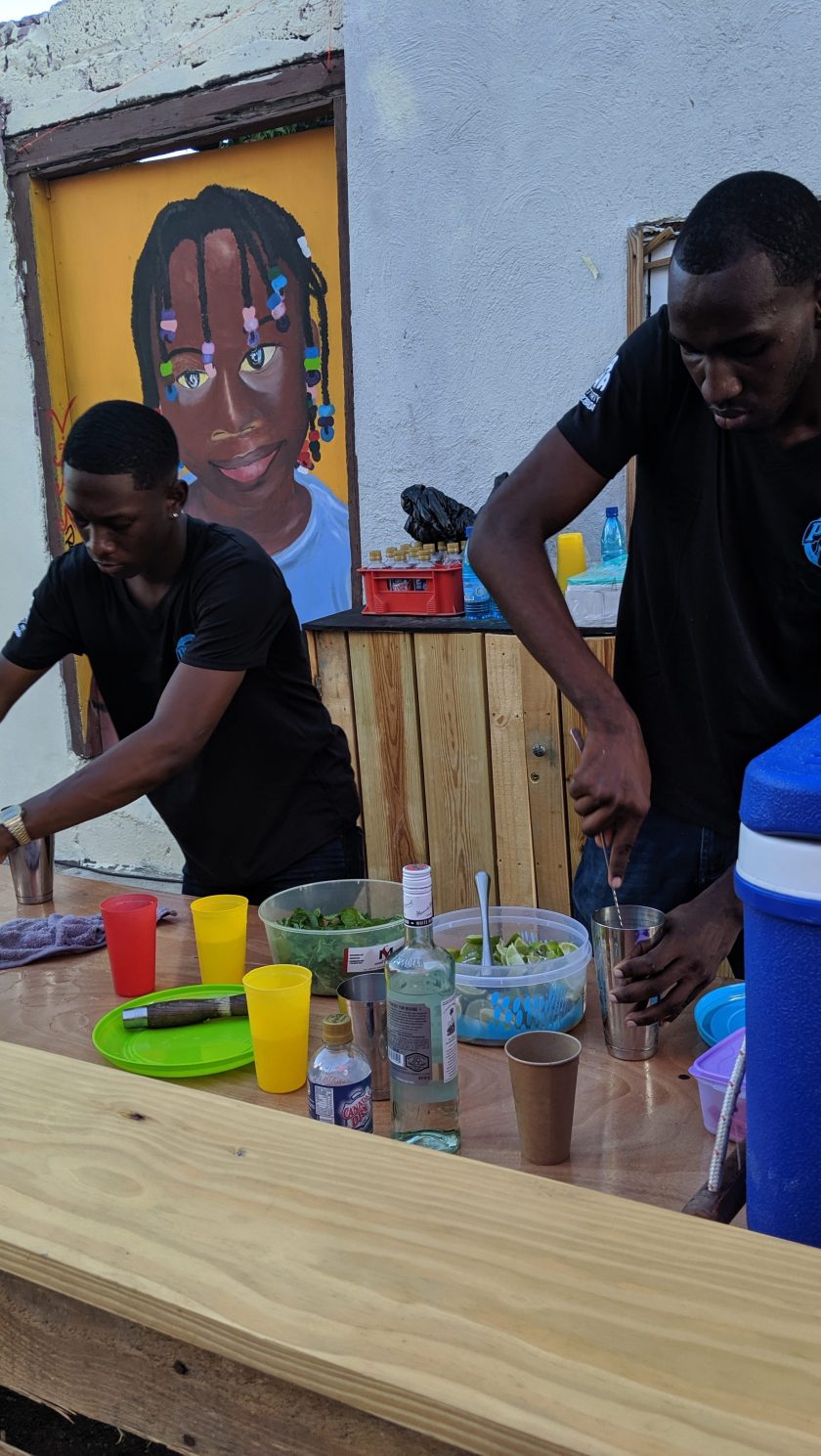 In Papiamentu, Kaya Kaya means street, and this street festival is certainly quite a party. It is also touted as having a bigger purpose: a regentrification of a neighborhood.

The festival is about bringing all the different people who live in the area of Otrabanda together and unifying them with a gorgeous neighborhood. Murals have been added, houses are being updated and painted, the streets are being cleaned. I believe there is even talk of adding green space as well!

This festival took place in September, and we really enjoyed ourselves during the few hours we spent there! We arrived at about 6 pm and bought tokens, which were necessary to purchase anything. Each booth sets their own prices, but each thing we bought was about 2 – 5 tokens. I was curious about how the parking would be, but we found parking at the Renaissance hotel. Those who arrived later, might have had more trouble finding a spot. There was a lot along the streets in the beginning.

There was so much food! Truthfully, there was probably more food than anything else. It was typical festival food and there booths with food and drink available throughout the streets. We ate hotdogs, hamburgers, popsicles, teriyaki chicken and rice, and popcorn – oh my! The boys probably consumed their weight in soda, lemonade, and cookies, while Cody and I stuck to mojitos and Amstel Bright.

We quickly learned that there were no lines. Not even anything resembling a line. In order to get food or drink, you have to shove your way into the crowd and get the attention of someone in the booth to place your order. My well-mannered boys struggled with this, and they weren’t comfortable being that assertive. However, Mama Bear has no problem with asserting herself, so I took over to get my little cubs whatever they wanted!

My favorite part of any festival is definitely the vibe: the music and dancing are what make it or break it for me. As we walked through the streets during the Kaya Kaya festival, we heard all different kinds of music playing. Maybe it was the frequency of alcohol booths, maybe it was just the culture, but no one at this festival was shying away from a good shimmy. The streets were electric with fun music and dancing! If I had to guess, even after just a few months on the island, I feel like it might just be a Curaçao thing – and I love it!

Okay, truth, we left by 9 pm. Trying to keep my family of five together as the streets become more and more congested with people made enjoying ourselves a little more challenging. If it had just been Cody and me, we would have stayed.

I am a sucker for a good cause, I love the concept of this festival and will definitely go again next time.

Maybe we’ll see you there?